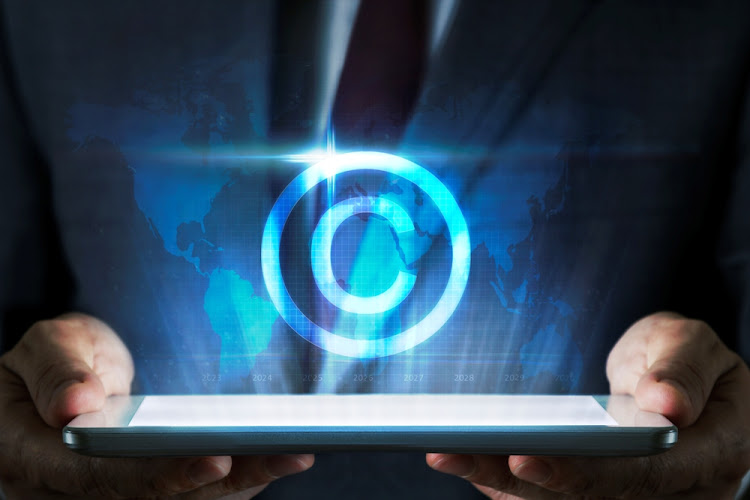 SA’s patents landscape is characterised by easy patent grants to local individuals and bodies, as well as patents of dubious quality and value. This strongly suggests that the existing patent system plays a role in stifling, rather than stimulating, innovation.

The publication by the Department of Trade and Industry of a draft intellectual property (IP) policy has resulted in debate on policy issues.

Although the draft policy is expected to be finalised shortly, little attention has been given to the existing patents landscape.

Understanding this landscape is important: who gets patents, whether foreign corporations or South African innovators; and the legal framework for granting and enforcing them.

Assumptions appear to have underpinned the adoption and retention of certain entrenched positions. One of these, ordinarily advanced by those intent on maintaining the status quo, is that a soft regulatory touch stimulates innovation. This has included a failure to check whether patents comply with legal standards.

The flip-side of this position is the assumption that substantive policy proposals of the type contained in the draft IP policy are likely to undermine, if not kill, innovation. 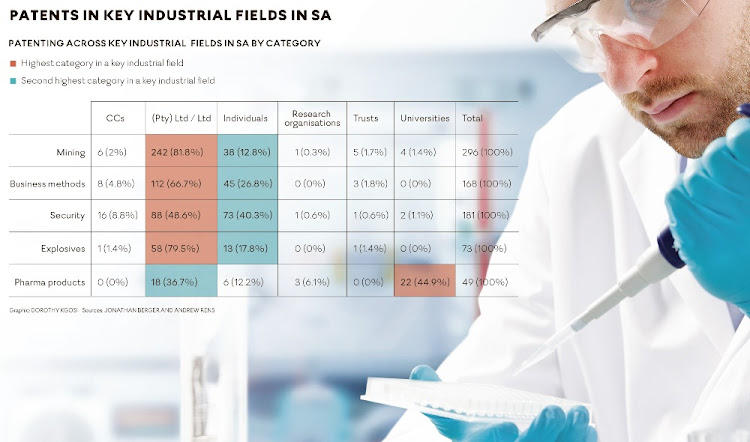 We sought to understand the existing innovation landscape to probe whether there is a basis for these assumptions. To our surprise, we found that commonly held beliefs on patents and innovation are not based on data or evidence.

We considered and analysed a data set consisting of 4,064 patents, about 10% of those granted domestically to South African individuals and bodies from January 2005 to July 2015.

Our analysis is in a paper, Innovation and Intellectual Property in South Africa: The Case for Reform, recently published by the accessibsa project and enabled by the Shuttleworth Foundation.

Surprisingly, the single largest category of local patentees is made up of individuals, accounting for 44.8%. This is closely followed by companies, with 39.5%. The remaining patentees are universities (6.1%) and research organisations such as the Council for Scientific and Industrial Research (CSIR) and Mintek (1.6%).

Yet despite accounting for less than 8% of all patentees, universities and research organisations are responsible for the lion’s share of potentially higher-quality patents, as evidenced by corresponding patent grants outside SA, a sign of confidence in the value of the innovation. Only 9% of the patents had an identified woman inventor. The highest rate for women inventors was among the university patentees at 41%, with 25% at research organisations. Only 4% of inventors at companies were identified as women.

The data show that there is no single blockbuster category of patents, with the largest category (for shafts, tunnels, galleries and large underground chambers) constituting 4.7% of all local patents. Collectively, the top 15 categories only account for about 28% of all patents.

This is in stark contrast to foreign patents, which are characterised by a single blockbuster category: A61K. Including pharmaceutical patents, this category deals with patents for medical, dental or toilet purposes and accounts for more than 17% of all foreign patents.

One of the reasons we considered specific industries is because of the perception that SA may be a world leader in industries such as mining. However, of the 4,064 patents identified as South African patents, only 290, or 7.13%, were identified as mining patents

While 6,131 patents for the A61K category were granted to foreign entities over the 10-year period, only 91 patents were granted to South African individuals and entities. Of the 91 patents, 34 were granted to universities and 25 to companies. This vividly illustrates the stark inequality in one of the world’s most lucrative patenting industries — pharmaceuticals.

We also focused on patents related to mining, business methods, security, explosives, and pharmaceutical products. This involved a judgment call; given the limited data, a patent might have appeared from the title, for example, to be related to both mining and explosives.

One of the reasons we considered specific industries is because of the perception that SA may be a world leader in industries such as mining. However, of the 4,064 patents identified as South African patents, only 290, or 7.13%, were identified as mining patents.

Of course, to the extent that there is innovation in SA, it does not mean the nature and extent of patent protection in SA provides the necessary incentive to innovate. Given the relatively small market for such innovation, it is expected that patentees are focused on securing protection in more lucrative markets, such as the US and Europe. But the data show that this is simply not the case.

In the paper, we broke down the South African patents granted in the five main fields of industry into the six categories of patentees previously identified. Despite their strong performance in securing patent protection, individuals did not fare well in respect of the five identified innovation-rich industries. They did poorly in mining and pharmaceutical products.

In the pharmaceutical sector, which accounts for a large number of patents overall, South African innovators fared badly. Of the 49 pharmaceutical patents obtained, almost 45% were granted to universities.

Before granting a patent, South African authorities do not check to see whether an application complies with the patentability criteria set out in the Patents Act.

As a result of this depository system, and the general lack of publicly available information, we were left with few options to assess the quality of patents. The best way to assess the value of a patent is to discover how much money it earns when it is licensed. But this data is not publicly recorded. And given little or no public mention of licensed South African patents, this might reflect a lack of any significant licences.

So we tried another way to assess the value of patents, which led to our third question: whether — and if so which — South African patentees are obtaining protection abroad.

Just over a third of the South African inventions in the data set have been patented in jurisdictions abroad. While companies hold the largest number of South African patents that have also been granted in other countries, publicly funded research organisations and universities are the most likely to patent abroad.

Given the limitations of the data, it is difficult to establish conclusively why those who are most likely to obtain patents in SA appear more often than not unwilling or unable to secure patent protection abroad. While the cost of securing and maintaining patent protection abroad is likely a factor, so too is the quality of patents granted in SA without examination, and the patentability of inventions protected by such patents.

Our paper comes to the conclusion that the data indicate that the majority of patents being granted to South Africans may not be valuable in other countries. If these patents are not valuable outside SA, it is more than likely that they are also not valuable within the country.

It therefore becomes impossible to defend the status quo on the basis that our current system is needed to create incentives for local innovation, especially because it limits access to the products of global innovation, such as medicines and other essential products.

Public debate on patent law reform in SA should be premised on an understanding of innovation. Patents are seen as an index of innovation; the more patents, the more innovation. But our work shows that this is a false equivalence.

However, to the extent that some part of what qualifies as innovation might manifest as patents, our work shows that publicly funded research in SA results in the grant of patents of some quality and international viability. What this data strongly suggests is that the primary driver of high-quality domestic innovation is the availability of public funding for research and development, and not the continuation of a lax IP regime.

• Berger is a practising advocate and member of the Johannesburg Bar. He serves on the expert advisory group of the Geneva-based Medicines Patent Pool. Rens is a South African technology law expert who holds a doctorate from Duke University and is based at the Internet Governance Lab at American University in Washington DC.