It helps the bottom line to be an innovator. Innovative companies also have another edge: they’re more attractive places to work. A new survey finds given a chance, most people would leave their current jobs for the chance to work at such a company.

So how does one know they’re working at such a wonderful company? At at a workplace such as that at Google, signs abound all around, from informal work teams to incentive systems that encourage experiment. At mainstream companies, these signs are more subtle. Most executives are convinced that their companies pass the innovator test. However, employees working in the trenches don’t see it this way. 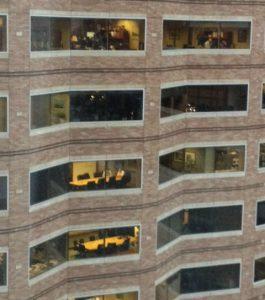 These are some of the key takeaways from a survey of 1,021 employees recently released by Ernst & Young LLP. The survey finds that a majority of all respondents (69 percent) would leave their current position for a similar role at an organization that is recognized as a leader in innovation, signaling that a company’s brand recognition around innovation is key to attracting and retaining high-caliber talent in today’s competitive job market. (With all other factors, such as pay and benefits, being equal.)

Most people see information technology as the catalyst for innovation. Innovation, though comes from within the human psyche, and technology is only the tool that helps makes it happen. Accordingly, executives and employees recognize that many new technologies will help, not hurt, their job prospects. The survey finds little trepidation with technologies such as artificial intelligence (AI) and robotics process automation (RPA) — fewer than than one-fifth of respondents view such innovation as a threat to their individual job stability, and only six percent cited it as a major threat.

Then there’s the gap in perceptions about innovation. Most employees — especially those in the trenches — do not feel as empowered as senior executives to be innovative in their work. Only 26 percent of entry-level employees believe their company fosters a culture of innovation, compared to more than half of senior executives.

A majority of staff-level employees, 60 percent, feel their employers care more about “the daily grind” than innovation, as do 52 percent of mid-level executives. Only 41 percent of senior executives feel this is the case.

The lesson here is that while business leaders may celebrate their embrace of innovation, the people who work with them aren’t of the same mind. For example, what happens if someone runs with a new idea and fails? Despite lots of hype about the new management tolerance for “failing fast,” most companies don’t want to fail at any speed. In the EY survey, only 25 percent of entry-level employees said their organizations were tolerant of failure, compared to nearly half (44 percent) of senior executives.

While there is an ongoing dialogue in the market about the workforce implications of new technologies such as artificial intelligence (AI) and robotics process automation, less than one-fifth of respondents view innovation as a threat to their individual job stability, and only six percent cited it as a major threat.

Executives and employees also were asked to identify where employees think organizations should prioritize investments in this space. More than one-third (35 percent) think they should invest in skills training and continuous learning for new and emerging technologies, and 23 percent believe companies should focus on internal communications programs that will promote creative, fresh thinking among teams. An additional 19 percent would like to see an investment in culture and employee experience.