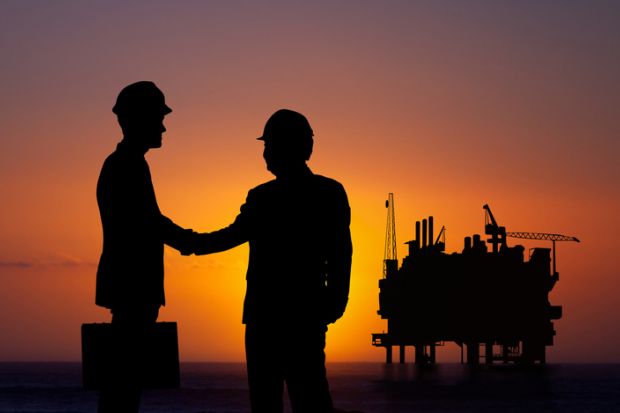 The UK is running out of ideas. We are getting low on breakthroughs. Far fewer cries of “eureka” are being heard throughout the country. And, for the future of our economy, this is a real problem.

The government’s White Paper on the industrial strategy is aimed at firing innovation in the fields of science, technology, engineering and the creative arts, thus ensuring that the UK is a major competitor in the global economy; but will it?

While UK research is cited in 11 per cent of global citations and 9 per cent of all patent applications, the levels of patent grants in the UK are lower than key competitors such as China, South Korea, the US, Germany and France.

Indeed, the number of patent grants from the UK has reduced by approximately 50 per cent since 1980, a downward trend that has persisted for more than 35 years. Over the same period, China and South Korea have seen an exponential growth in patent grants, with the counties granted 98 and 25 times more patents than the UK in 2015, respectively.

So: how can we stimulate the brains of Britain? Where are our ideas going to come from? The answer is: our universities. But there’s a catch.

The foundation on which universities develop knowledge and skills is dependent on prior learning, particularly in numeracy and literacy skills. Among young people (16- to 19-year-olds), England has some of the lowest levels of literacy and numeracy, three times more low-skilled young people than in the best-performing countries such as Japan and South Korea.

More worryingly, only 70 per cent of 16- to 19-year-olds in England participated in education or training leading to a formal qualification, compared with nearly universal participation in many other Organisation for Economic Cooperation and Development (OECD) countries.

The low level of literacy and numeracy has transferred to an extent to higher education. Approximately one in 10 of all university students in England have numeracy or literacy levels below level 2 (GCSE), putting a significant strain on universities to address this shortfall.

The creation of Institutes of Technology will certainly offer another qualification route to enhance the skills base, but ultimately it doesn’t address the underlying skills shortfall.

Given that the government will have to get its workforce re-skilled to deliver the industrial strategy, it needs to rethink its strategy for the higher education sector.

The sector is in a unique position to provide a springboard from which the country as a whole can benefit by producing multidisciplinary graduates. Any notion of cutting funding for these institutions will inevitably have a detrimental consequence on delivering the strategy.

Thoughts of tuition-fee differentials across subject areas will open a Pandora’s box – fee differentials in STEM subjects could follow; for instance, fees for modules that include experiments would cost more than lecture-based modules; perhaps ultimately modules delivered by professors would demand higher fees.

And besides, crippling current and future graduates with high levels of debt, currently one of the highest globally and three times more than the next highest in Europe, also creates some uncertainty around meeting the objectives of the industrial strategy.

While the obvious question is whether such large debts discourage new entrants to higher education, the more important question is will our highly skilled graduates have the job opportunities to keep them in the UK, given the rapid growth and emergence of new technologies and innovation overseas?

There’s also the issue of research funding: approximately two-thirds of it is awarded to Russell Group institutions.

While there is evidence of the quality of output from these institutions, the question of exploitation and commercialisation of the research in a global context still remains. Levels of innovation required to spur the industrial strategy may not be realised by channelling the majority of research and development investment in higher education through a handful of universities.

After all, other universities have demonstrated significant research impact, with a good handful leading on application-based research portfolios.

Furthermore, any cut in tuition fees not only affects teaching and extracurricular activities, but also impacts the level of research across the full curriculum. A recent Higher Education Policy Institute report showed that research in the UK is underfunded and that surpluses from teaching funded approximately 13 per cent of all UK university research in 2014-15, amounting to £1 in £7 spent on research.

A short- to medium-term fix to spur innovation is to exploit international talent but the challenges are, as I have argued, systemic and need addressing at the strategic level.

We should not expect students to shoulder the greater burden of supporting higher education institutions, which inevitably implies partial support of research and ultimately of the government’s industrial strategy agenda.

The status quo, in terms of investment in R&D, creation of intellectual property and non-exploitation of knowledge, and the low levels of numeracy and literacy, cannot continue if the UK wishes to become a future global economic powerhouse.

The case for further funding, as well as a carefully thought out framework to spur innovation and exploitation, cannot be understated.

This is a great opportunity for the proposed knowledge exchange framework.

David Mba is pro vice-chancellor at De Montfort University, where he is also dean of its Faculty of Technology.