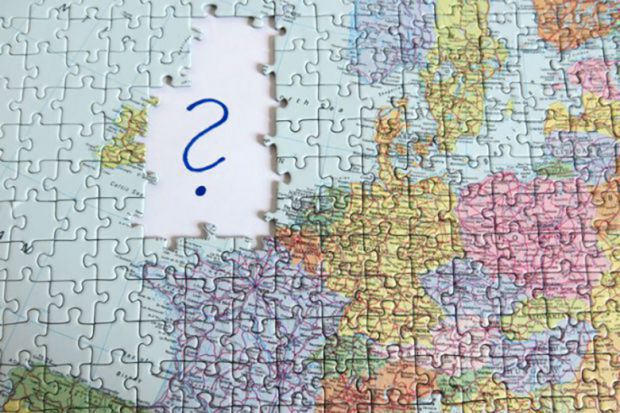 The impact of Brexit on the UK higher education sector has been hotly debated – but the country’s vote to leave the European Union will have far-reaching ramifications for universities across the continent.

A new report from the Centre for Global Higher Education at the UCL Institute of Education, edited by Aline Courtois and based on interviews with 127 researchers, policymakers and university leaders, exposes widespread fears about the future of European research once the UK leaves the bloc.

But each of the nine countries considered (10, including the UK) will be affected in different ways.

Denmark
The UK is Denmark’s second most important research partner after Germany: half its projects funded under Horizon 2020 involve British collaborators. Between 2008 and 2015, Danish academics published more papers with UK-based co-authors than with researchers from any other country. The UK is also the most popular study-abroad destination for Danish students.

There was concern among interviewees about whether a lack of UK partners might affect Danish scholars’ ability to win EU funding for projects, and about the administrative burden involved in amending EU contracts for projects with a UK partner post-Brexit.

Interviewees were also worried about the ability of students to continue to study abroad in the UK, and the impact that this would have on the quality and relevance of Danish higher education.

But interviewees also suggested that Danish universities may be able to increase the number of exchange students that they attract from elsewhere in Europe after Brexit, because of the number of English-language courses on offer, and they also reported hearing from UK-based academics who were interested in relocating to Denmark.

Germany
The UK is the second most common collaborator on EU-funded research projects for German academics, and the third most popular destination for students taking part in the Erasmus+ exchange programme.

Interviewees expressed concern about the impact of reduced collaboration with the UK on the quality of research, and there were worries about some specific issues, such as the provision of study-abroad opportunities for aspiring teachers of English in secondary school.

However, many interviewees were comparatively “relaxed” about the impact of Brexit, with some seeing “competitive advantages and opportunities” for German universities in terms of securing research grants: the UK is currently the most successful member state when it comes to applying for European Research Council grants, while Germany is second.

Interviewees were confident that Germany would find it straightforward to find new partners if necessary, potentially outside the EU, while universities are likely to look to other anglophone countries such as the US, Canada or Australia – or European countries with a strong tradition of using English as a second language – for teacher training opportunities.

Hungary
More than half the Horizon 2020 projects with Hungarian participation have British collaborators as well, while the UK is the third most popular destination for Hungarian students studying abroad, after Austria and Germany.

Some interviewees expressed concern about the impact of Brexit on student mobility, and on the ability of universities to form research partnerships: one reported that the establishment of a new collaboration had fallen through in the wake of the Brexit vote.

There was also concern about a potential cut to the size of the overall Horizon 2020 budget once the UK leaves the EU.

On the whole, however, interviewees expressed the view that Hungarian universities were “not fearing” Brexit, because their collaborations were relatively limited to begin with, and little discussion of Brexit at national level was reported.

One interviewee expressed the view that the UK leaving the EU might make it easier for Hungary to attract greater Horizon 2020 funding, although the interviewee acknowledged that other countries were better placed to take advantage of this.

Republic of Ireland
The UK and the Republic of Ireland form a shared higher education space, with close similarities between university systems, and significant staff and student exchange. The UK is Ireland’s largest research partner in Horizon 2020, while there were almost 12,000 Irish students studying in the UK in 2016.

Many interviewees expressed serious concern about the impact of Brexit, warning of “chaos”, “disaster” and going off a “cliff edge”. These concerns focused on the damage to research collaborations and student mobility, as well as specific issues such as access to shared labs and facilities if a “hard border” with Northern Ireland were created.

However, many academics recognised that Brexit offered what one described as a “once in a century” opportunity to poach leading researchers from the UK, with a sense that the inconclusive nature of the UK government’s response to exit negotiations so far meant that the “gloves were off”.

There was also a sense among some respondents that Ireland might be well placed to attract a bigger share of European funding, and to lead more projects, post-Brexit; but there was also recognition that significant investment in infrastructure and research personnel would be necessary to realise this.

Some interviewees suggested that Brexit offered the Netherlands the opportunity to position itself as the most popular destination in the EU for study abroad, given the large number of English-medium programmes on offer, while others indicated that recruitment of UK-based academics was being considered or was already under way.

However, many perceived Brexit to be a threat because it would increase the dominance of Germany and France in the EU, possibly leading to a drive to focus European research funding on development, rather than on supporting excellence.

Increased links with Germany, already the Netherlands’ most important research partner, were seen as a likely consequence of Brexit.

Norway
Norway is not an EU member but is in the customs union, and participates in Horizon 2020 on the same terms as EU members in return for an annual payment of about NKr2 billion (£185 million).

As a result, the UK has been in the process of overtaking the US as Norway’s most important research partner over the past decade, and is Norway’s second most important collaborator in Horizon 2020, after Germany, the report says.

Interviewees felt that, if UK universities were to be excluded from framework programmes, collaboration would be significantly adversely affected. Norwegian universities reported being more reluctant to enter into partnerships with UK institutions already, with China and Germany being the most likely replacements.

Data show that the UK is a very popular destination for Norwegian students who study overseas but, since about half of these exchanges take place outside the Erasmus+ programme, interviewees hoped that mobility would continue at a strong rate post-Brexit.

Poland
The UK is Poland’s third most popular publication partner, while it is the sixth most popular destination for students travelling abroad under the Erasmus+ scheme.

Some university leaders expressed concern about Poland’s ability to attract the same levels of EU funding without the cooperation of British partners, while others had fears about the loss of access to UK research infrastructure, and restraints on academic mobility caused by a tightening of restrictions on freedom of movement.

Others hoped that Poland would be able to attract a larger share of EU funding post-Brexit, and looked forward to a reversal or at least a weakening of the brain drain of talented Polish researchers to the UK.

Increased collaboration with Germany was seen as a likely consequence, with a joint initiative being planned that will see Germany’s Max Planck Institutes open bases at 10 Polish universities.

Portugal
The UK is Portugal’s third biggest collaborator under Horizon 2020, and is the eighth most popular destination for Portuguese students taking part in Erasmus+.

Many interviewees felt that Brexit would not significantly affect Portuguese higher education but that a decline in the overall quality of European research was likely once the UK leaves the EU, and that Portugal might be particularly affected in science and technology disciplines, where collaboration has traditionally been stronger.

Respondents indicated that Portugal was likely to increase academic collaboration with other EU countries if the ability to work with UK colleagues was constrained.

Most accepted that, apart from in a few areas, Portuguese research institutions were not strong enough to be able to poach UK-based academics post-Brexit.

Switzerland
Switzerland is not part of the EU, but signs up to free movement of people and is part of the single market; it takes part in Horizon 2020 as an associate member. In addition, the Swiss National Science Foundation offers funding for collaborative projects, for which UK academics are the fourth biggest collaborators. For Swiss academics going abroad with SNSF grants, the UK is the second most popular destination.

Swiss interviewees had mixed views on how Brexit might affect their country: many expressed concern about initiating new research partnerships with UK academics, amid the uncertainty of negotiations.

Science, technology, engineering and mathematics fields were seen as being particularly at risk, and there was apprehension about the potential loss of access to research infrastructure based in the UK.

However, interviewees reported seeing more British candidates applying for jobs in Swiss universities, and there was an expectation that this would continue to develop, given the generous pay on offer and the good funding provided to institutions in the country.