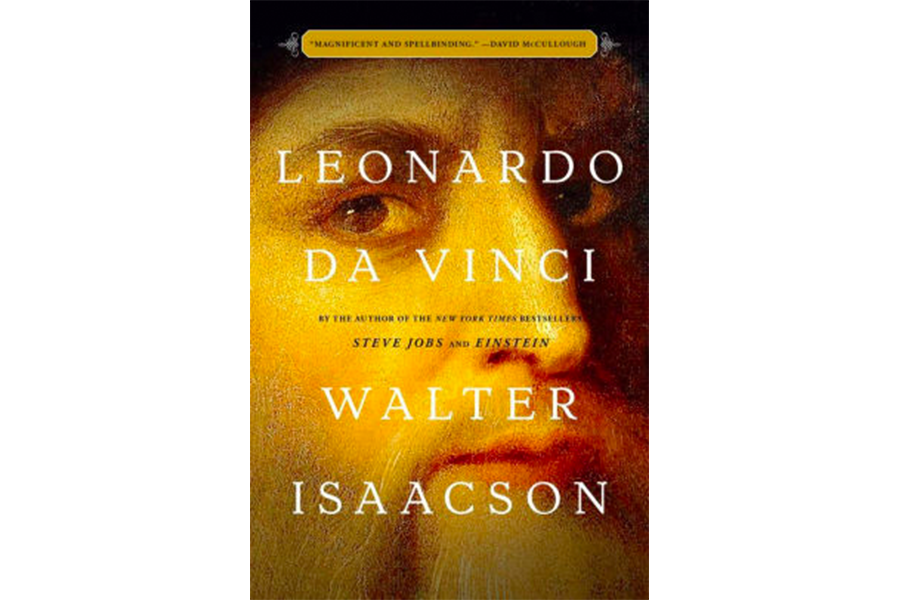 I spoke to Walter Isaacson, author of Leonardo da Vinci and the president and CEO of the Aspen Institute, about why he decided to write his new book, what we can all learn from da Vinci about improving our own skills, some new discoveries he had through researching for the book, why passion leads to creativity and his best career advice.

Isaacson is also the author of The Innovators; Steve Jobs; Einstein: His Life and Universe; Benjamin Franklin: An American Life; and Kissinger: A Biography, and the coauthor of The Wise Men: Six Friends and the World They Made. Currently he’s a University Professor of History at Tulane and the chair emeritus of Teach for America, which recruits recent college graduates to teach in underserved communities. He has been the chairman and CEO of CNN and the editor of TIME magazine.

He was appointed by President Barack Obama and confirmed by the Senate to serve as the chairman of the Broadcasting Board of Governors. In March 2017, Isaacson launched a podcast with Dell Technologies called Trailblazers, which focuses on technology’s effects on business. In 2012, he was selected as one of the Time 100, the magazine’s list of the most influential people in the world.

Dan Schawbel: After writing the biography of Jobs, Einstein, Franklin and Kissinger, why did you select Leonardo da Vinci?

Walter Isaacson: The theme of all my books is that true creativity and innovation come from being able to stand at the intersection of art and science. That’s what made Steve Jobs such a genius. He knew that engineering should be beautiful. Leonardo da Vinci is history’s ultimate example of combining art and science. That’s what made him history’s greatest genius.  He peeled the skin off the faces of cadavers, traced every muscle and nerve that moved the lips, and that informed his creation of the world’s most memorable smile, that of the Mona Lisa. He was a great anatomist and engineer and theater producer and artist. He wanted to learn everything that was knowable about our cosmos, including how we fit into it.

Schawbel: What can we learn from da Vinci about improving our own skills and leading a better and more creative life?

Isaacson: By looking at he thousands of notebook pages he wrote, we can see him pushing himself to be more curious and more observant. He made a list each week of all the things he wished to learn or figure out, ranging from why he sky is blue to what the tongue of a woodpecker looks like. These are things that we can all learn to do. He also was open to fantasy. He loved producing plays with magical effects. This is something we can nourish in ourselves and our kids: how to daydream and embrace mystery.

Schawbel: Can you share some new discoveries from your analysis of thousands of pages from his notebooks? What was most surprising to you and what did you learn that gave you more of an appreciation for his work?

Isaacson: I learned how his dissections of the eye taught him how parts of the retina see details and other parts are better at seeing shadow. He used that to make the Mona Lisa’s smile seem to flicker as our eyes wander across her face. I also learned how his love for works and curls of air and water led him to discover how the heart valves work. It’s really neat stuff. There are hundreds examples in my book.

Schawbel: From studies great innovators over the years, why does passion always lead to creativity and success? What can employers and employees learn from this?

Isaacson: Leonardo combined passion and playfulness. He had a deep joy in discovering things. He spent years on math problems, such as how to square a circle, and his passion is reflected in the combined science and beauty of his drawing Vitruvian Man, the one of the naked guy spread eagle in a circle and a square. I am convinced that it was a self portrait of him in the earth and the cosmos.

Schawbel: What are your top three pieces of career advice?

1. Be curious about all fields; the future belongs to those who can connect creativity to technology.

2. Realize that there must be a larger purpose to what you do; Leonardo never painted merely for money.

3.  Remember that beauty matters. It really does.

Dan Schawbel is a keynote speaker and the New York Times bestselling author of Promote Yourself and Me 2.0. Subscribe to his free newsletter.