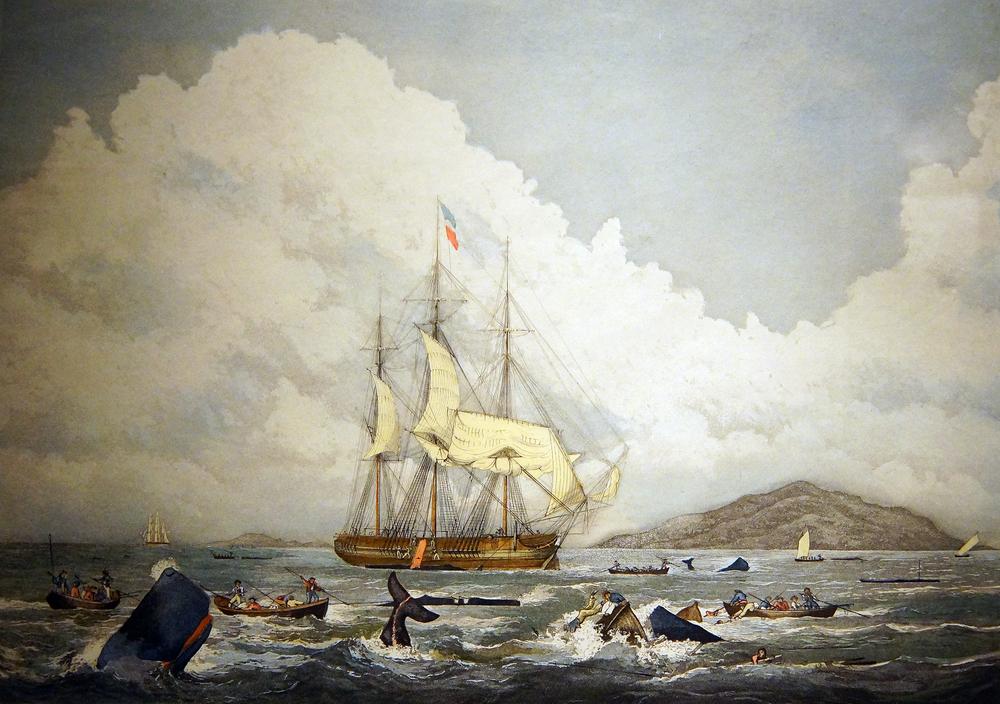 If we dug around, I think we could find similar stories about any dominant players in their industries at any time. Eventually, most big companies’ attempts to innovate by whatever means necessary fail, and they develop blind spots for the potential of new markets and how to serve them. (Silicon Valley has a gigantic blind spot for the women’s market!)

Ross Baird, founder of the small venture capital firm, Village Capital, takes on the topic of innovation in a new book, The Innovation Blind Spot, which articulates a worry that has been bubbling up in the American economy for the past few years: Why does it seem like there are fewer good and important ideas? What happened to the steady flow of real companies, versus the flash-in-the-pans?

Part of Baird’s thesis is that Silicon Valley, an extraordinarily tight-knit community, has become infected by the same groupthink and rigidity that kills innovation in big companies  . Village Capital invests often in entrepreneurs outside the United States, so Baird is bringing a quasi outsider’s eye to the problems in the American startup scene.

“The idea that entrepreneurship is a meritocracy is a myth. In the real world, money flows to the ideas that are the most convenient to find or the most familiar, not necessarily those that are the best. Simply put, the blind spots in the way we innovate—the way we nurture, support, and invest in new ideas—make all our other problems harder to solve,” he writes.

Although a new business starts every two minutes, another firm closes its doors every eighty seconds—the highest rate of firm death in the past 50 years. In 1980, nearly half of American firms were five years old or younger. By 2015, that number had fallen to one-third. According to the nonpartisan Economic Innovation Group, fewer Americans are starting successful firms

In 2015, 78% of startup investment in the United States—and half of all startup investment in the world—went to three states: Massachusetts, New York, and California. Less than 5% of investments in the United States went to female founders, and less than 1% went to companies started by African- Americans and Latinos. From 2007 to 2012, 10% of all startup financing in the world went to graduates of just six universities (Stanford, Harvard, Berkeley, MIT, NYU, and UPenn).

Nor is innovation likely to come from outside the tech industry, at least not in the current environment and not without help. “A report by the National Association of Manufacturers estimated that federal regulations cost the US economy more than $2 trillion in 2012.9 In the government’s efforts to account for all possible negative outcomes, regulations have become too excessive for small, emerging firms to bear. These regulations also result in a significant rise in costs for small business owners, the large majority of whom come from the middle class,” Baird writes.

In January 2016, Baird reviewed the industries of over 150 “unicorn” companies. He found that only 15 % of the enterprises were solving problems in the top six areas that the majority of the world’s population spends its budget on: food, health, energy, agriculture, financial services, and housing.

Baird shares the story of a startup called Fin Gourmet, which he contrasts with the story of ill-fated Theranos, which raised money easily.“Fin Gourmet in Paducah, Kentucky which follows the same business model: fishermen catch carp, employees in rural Kentucky make a living wage processing the fish, and Fin Gourmet sells it to mainstream markets. In 2015, they grossed $1.5 million, and are growing impressively. Village Capital invested $50,000 in Fin Gourmet, but despite impressive revenue growth, they have struggled to get more resources,” Baird writes. “A representative from the US Department of Commerce promised money if the founders presented an “iron-clad business plan,” but didn’t respond to Fin Gourmet’s follow-up calls. Another international fish sourcing company committed over $2 million in investment and showed up for a Fin Gourmet ribbon cutting with Kentucky’s lieutenant governor. But when it came time to wire the money, the company went radio silent.”

Business-minded foundations, which could be a source of funding for innovative ideas, meanwhile, don’t invest enough with social good in mind, Baird says. “You likely know the world’s biggest foundations: Gates, Rockefeller, Ford. Here’s what most people don’t know: incredibly, foundations are only required to give 5% of their assets to charitable causes each year. … What happens to the other 95 %? Most of the time, foundations will hire an asset manager or big investment bank to invest it in the capital markets—just like if they had never started the foundation in the first place.”

Entrepreneurs are optimists, and both Baird and Steve Case, who wrote the introduction for the book, put faith on innovations in finance and changes in the mindset of financiers to re-start American’s entrepreneurial engine. In particular, they hope that the millennials’ embrace of the purpose-and-profit model changes incentives enough to make a difference. It might. I think one of the reasons Facebook needs to outsource its innovation now is that its need to scale with extraordinarily high profits meant it didn’t invest in enough people.

“ ” We need to find—and promote—entrepreneurs and innovators everywhere, not just those who went to the best schools, know the right people, and live in the most developed innovation cities  . We need more founders from diverse backgrounds, more companies from places outside the hotbeds of Silicon Valley, New York, and Boston, and a better understanding of how to build companies that deliver a holistic view of value—to their shareholders, to customers, and to society,” Case writes.

There are also people who are succeeding, who run counter to the dominant trends that seem to be damaging the innovation economy. As in the public markets, Baird found that small private funds can outperform more easily; one of the reasons is that they aren’t dis-incentivized to make investments in smaller companies that are more innovative. He cites venture capitalists Brad Feld and David Cohen, who co- founded a group called Techstars that provides small funding to batches of companies through an accelerator. Techstars now provides funding in the $100,000 range to groups of companies in Boulder, Austin, and New York. “Like Union Square Ventures, Techstars could raise a $2 billion global fund but has decided to invest in new ideas through a hyper-local model,” Baird wrote.